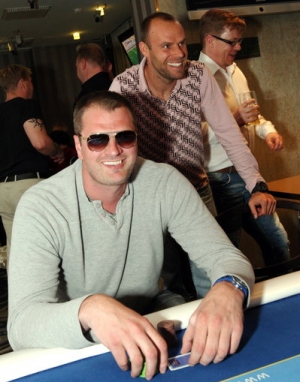 The New York Red Bulls professional football player Joel Lindpere stayed in Estonia up to June 11. According to the Head of Online Operations at Olympic Casino Mr. Priit Pajumaa he has been playing poker as a hobby for a long time and has achieved a respectable level. "Top level basketball player Martin Müürsepp has even more extensive playing experience, he has taken part in many major competitions and received some notable tournament wins,” Pajumaa added. One of the participants was also former TV host and model Evely Ventsli, who has likewise developed from a poker fan to a very a strong tournament player. Evely Ventsli is a member of the Olympic-Online Team Elite club and her playing level is entirely comparable to professional poker players.