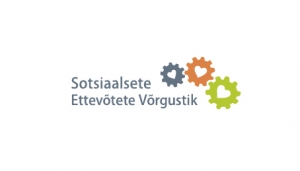 Estonian Social Enterprise Network (SEV) calls for applications for the ‘Tegus Eesti’ grant of €3,000, aimed at assisting social enterprises working for the common good. Applications can be submitted now up to April 20, 2014.

For the fifth consecutive time the grant fund ‘Tegus Eesti’, created by the financial input of Estonian Social Enterprise Network (SEV) and Olympic Casino, is providing recognition to socially active initiatives that have been operating for at least a year and have distinguished themselves with their courage and initiative.

“Unfortunately non-profit social enterprises do not qualify for the support of national development grants. Thus the contributions of the private sector are particularly laudable, helping enterprises with social objectives achieve more than they now can,” said Mr. Jaan Aps, the Chairman of the Board of the Estonian Social Enterprise Network.

The first enterprise to receive the grant was MTÜ Tagurpidi Lavka in the autumn of 2012, helping farmers sell organic goods to townspeople without any intermediaries. In November of the same year the grant fund of “Tegus Eesti” awarded a grant of €3,000 to MTÜ Rosma Haridusselts promoting Waldorf education. The grant was used for stimulating local development by creating new jobs and places for children in kindergartens.

Last year the grant helped open a new massage centre of the Estonian Blind Massage Association, providing work for up to 15 blind masseurs. In the second half of the year a grant was awarded to MTÜ Hingerahu, aimed at bringing people with mental disorders or belonging to social risk groups to the labour market and keep them there, setting up a woodworking workshop for them in Pärnu.

The grant “Tegus Eesti” is awarded twice every year and applications for the current round can be submitted up to April 20. Any social enterprises interested in the grant are asked to contact the Estonian Social Enterprise Network at stipendium@sev.ee.

Founded in 1993 as a subsidiary of Olympic Entertainment Group, Olympic Casino Eesti AS is the leading provider of casino entertainment in Estonia, employing nearly 530 people. Olympic Casino is a full member of the European Casino Association and a major sponsor of the Estonian Olympic Committee. Olympic Casino also runs a sponsorship and charity programme in support of various social, cultural, education and sports projects.