OEG Ranked as the Most Successful Company in Estonia 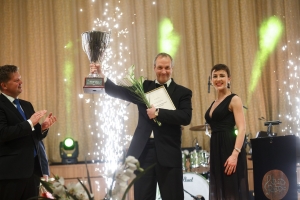 According to Mr. Armin Karu, Chairman of the Board of OEG, it’s the second time the company has been ranked as the overall most successful business in its home market.

“Last year really was a significant year for us. We completed and opened a 13-storey building in Tallinn to accommodate our brand-new flagship casino and the Baltic’s first Hilton, and later the same year we also managed to sell the building in order to focus on our main strength – provision of truly the best gaming experience,” Karu said.

OEG ranked number one ahead of companies such as Holostov property management and electrical equipment and automation technology company ABB. OEG was also named the most successful Estonian company in 2014 and was the only company this year’s TOP 10 that was there also last year.

With more than 3,000 employees, Olympic Entertainment Group is the leading provider of casino entertainment in the region, operating more than 100 casinos in Estonia, Italy, Latvia, Lithuania, Malta and Slovakia. The company also provides online casino games, poker and sports betting under its OlyBet brand. OEG shares are traded on the main list of Tallinn Stock Exchange.

OEG is a full member of the European Casino Association (ECA). All casino operators of Olympic Entertainment Group are responsible enterprises that notify their clients of the dangers associated with gambling.