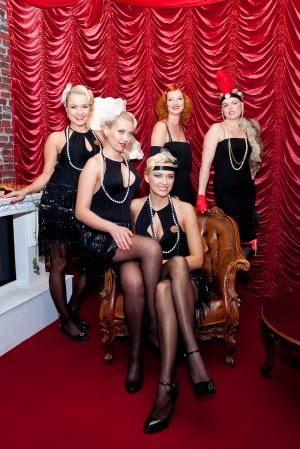 Olympic Casino celebrated its 19th anniversary in Reval Park Hotel & Casino.This time the party revolved around the theme of Chicago in the beginning of last century in the 1920s.The host of the celebration was Mart Sander.Music was provided by the cult band Swingers, conveying the spirit of the time and the Chicago scene.Only the best was offered to the prominent audience!But that was only the top side of the chip!Honourable guests needed to be entertained and that was provided by enchanting burlesque actresses, mesmerising magicians, incredibly skilful tricksters and merciless policemen.This was far from just an anniversary party, but an unforgettable adventure and the best party in town!Check out our photo gallery of the guests and the entire fabulous event here.