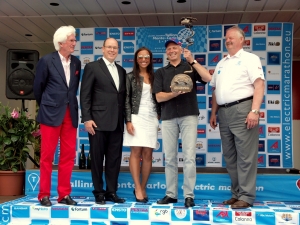 The 10 day marathon finished on June10 inMonaco at the site of Formula 1 series award ceremonies. The winner of the Grand Prix was Olympic Casino’s Tesla. The award trophy was presented by the patron of the marathon Prince Albert II of Monaco.

Congratulations to the winners!