Olympic declared the most competitive service enterprise in Estonia 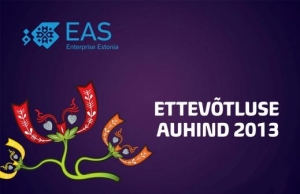 Olympic Entertainment Group won the title of the most competitive enterprise in Estonia at the Entrepreneurship Awards event this week. The title is annually awarded by Enterprise Estonia, Estonian Chamber of Commerce and Industry and the Estonian Employers’ Confederation.

OEG was the best in the rankings based on the economic results of 41 service enterprises in Estonia. In addition to the overall first place it was also the most successful in the comparison of statistics in sales revenue, net profit, investments and added value. In the competitiveness rankings of service enterprises OEG was followed by Trüb Baltic, Ramirent Baltics, Kliinik32, G4S Eesti etc.

According to Mr. Madis Jääger, CEO of Olympic Entertainment Group, the company has every reason to be proud of its achievements this year. "For us it is important to be the casino with the best services in all our markets, but for the second time we have been able to make Olympic the best service enterprise in Estonia," said Jääger, pointing out that Olympic has won the competitiveness rankings in 2008 as well. "We have also earned a very highly regarded worldwide title as OEG was declared the best casino operator of the year at the Totally Gaming Awards award ceremony in London," Mr. Jääger added.

Olympic Entertainment Group is the leading provider of casino entertainment in the area, with a workforce of more than 2,500 people all in all. Olympic Casino is a full member of the European Casino Association. Currently the group is operating casinos in Estonia, Latvia, Lithuania, Poland, Slovakia, Byelorussia and Italy. OEG shares are traded on the main list of the Tallinn Stock Exchange and the Warsaw Stock Exchange. All casino operators of Olympic Entertainment Group are responsible enterprises, informing their clients of the dangers related to gambling.